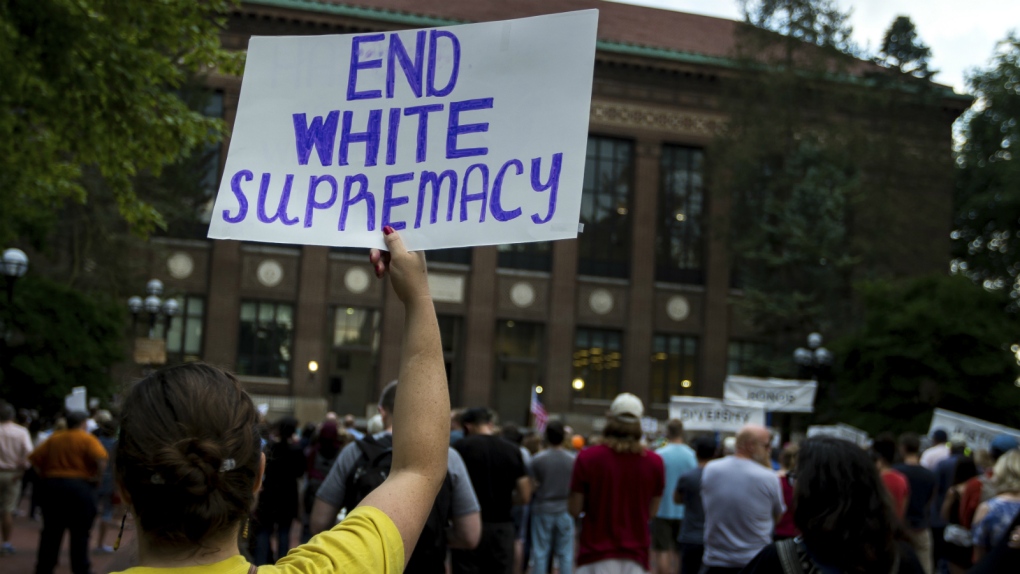 We are writing to you regarding your recent comments on adding violent white nationalist organizations to Canada’s Terrorist Entities List.

We applaud your government’s commitment to combatting hate-based violence and fighting against racism and white supremacy. This is an issue that has been ignored for much too long by governments and law enforcement agencies at all levels, and it is clear that there is a need for concrete and immediate action.

However, we are concerned with your government’s stance that this solution should include the use of anti-terrorism laws, including the Terrorist Entities List. This law and others have been decried by legal experts, civil liberties organizations, and racial justice advocates as threatening the fundamental rights of Canadians and people in Canada, and perpetuating the racism, xenophobia and Islamophobia inherent to the “War on Terror.”

The Terrorist Entities List, in particular, has been criticized for being a rights-violating and politicized process that allows for decisions to be made behind closed doors, based on secret information that does not need to meet the legal standard of evidence, and which can be withheld from the listed entity on vague grounds of “injuring national security.” Such secrecy undermines the justice system and prevents the accused of mounting a proper legal defense.

Moreover, the discretionary nature of which organizations are added to the list is highly problematic, and has resulted in the list perpetuating the harmful idea that terrorism and violence are primarily associated with non-white, non-western and non-Christian communities. This is despite the fact that there has been a documented rise in white supremacist violence worldwide.

The answer instead lays in the calls that have gone out from civil liberties, anti-racist and legal experts since 2001: there are tools in Canada’s criminal code that can be used to protect our safety and address organized violence without needing to resort to anti-terrorism laws which undermine due process and violate our rights under the Charter of Rights and Freedoms.

Many of these were included in submissions regarding the Anti-Terrorism Act, 2001, as well as the review of the Act three years later. These were well-documented in the dissenting opinion to the 2007 report on the review of the ATA, “Rights, Limits, Security: A Comprehensive Review Of The Anti-Terrorism Act And Related Issues.” In their dissenting opinion, then-MPs Joe Comartin and Serge Ménard write:

The Canadian Bar Association, in the brief it tabled when the Anti-terrorism Act was being reviewed, pointed out that “[t]he government currently has many legal tools to combat a terrorist threat” and that “existing provisions of the Criminal Code provide an impressive arsenal to combat terrorist organizations”.

The Association’s brief included the following examples, which were put before us again by the Civil Liberties Union:

[A]nd offences relating to firearms and other weapons, set out in Part III:

Obviously we could also add all the provisions involving any kind of homicide.[1]

[E]xecutive listing raises unresolved constitutional doubts in Canada, prompting concerns that reliance on proscription may be more trouble than it is worth. Listing has also been used with respect to individuals, but such listings in Canada have already produced false positives, perhaps because of the due process deficits of listing by the executive. In many respects, therefore, terrorist group listing is yesterday’s law, problematic and of marginal utility.[2]

Since 2002, our coalition of 45 Canadian organizations has called for the end to anti-terrorism laws that allow for the use of secret evidence and hearings. Civil liberties and legal groups like the BC Civil Liberties Association, the Canadian Civil Liberties Association, la Ligue des droits et libertés and the Canadian Bar Association have all denounced the Terrorist Entities List, many calling for its abolition, laying out in multiple briefs to Parliament the ways violent organizations can be held to account while ensuring the integrity of our judicial system.

The rise of white supremacist and hate-based violence must be addressed forcefully and head-on. We fear, though, that using tools that violate fundamental rights and which have served to support the racist and xenophobic tropes that these groups promote will not lead to a safer, more just society. Adding more white supremacist groups will not undo the legacy of harm caused by these laws, and will undermine efforts to address rights violations in the future – including when such laws are used for political ends or in ways that reinforce racism and xenophobia.

Future Canadian governments could easily take advantage of a growing acceptance of the Terrorist Entities List to add those fighting for justice – but against their political interests – to the list, including Indigenous and environmental organizations, or those fighting for racial justice. And we would be left without credibility to challenge them.

We therefore urge your government to combat white supremacist and hate-based violence by focusing on laws and regulations that increase the security of people in Canada all while protecting their rights, and disavowing the use of anti-terrorism laws such as the Terrorist Entities List.

We also reiterate our long-standing call that your government ends the use of the Terrorist Entities List entirely, in favor of other measures that prohibit criminal activity, criminal organizations and violent crimes.

We appreciate your consideration of our concerns, and would be happy to discuss this issue with you further.