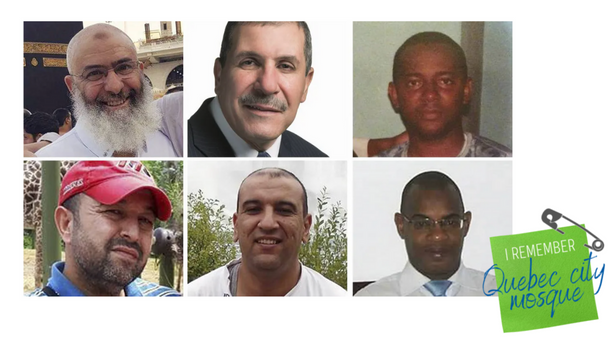 Jan. 29th is also the National Day of Remembrance and Action Against Islamophobia. We have seen important developments, including the long-awaited recent appointment of Amira Elghawaby as the federal Special representative on Islamophobia.

But January 29th is also a reminder that more needs to be done to fight violence and hate directed towards Muslims in Canada. For 21 years, we have seen how Canada’s anti-terrorism policies and support for the so-called “War on Terror” are both a cause and consequence of Islamophobia across Canada and around the world. This ranges from Muslim Canadians still being predominantly affected by unproven and discriminatory border policies like the No Fly List, to the ongoing detention of Muslim Canadians in northeast Syria, to Muslim-led charities being disproportionately singled out for surveillance, audits, and punishment.

We join with others in calling for the Canadian government to take further, concrete action by ending the systemic Islamophobia that continues to cause so much harm, and that helps to reinforce and justify individuals in their own hateful acts.

We encourage everyone to join local and virtual vigils on Sunday, Jan. 29th, and to take action: