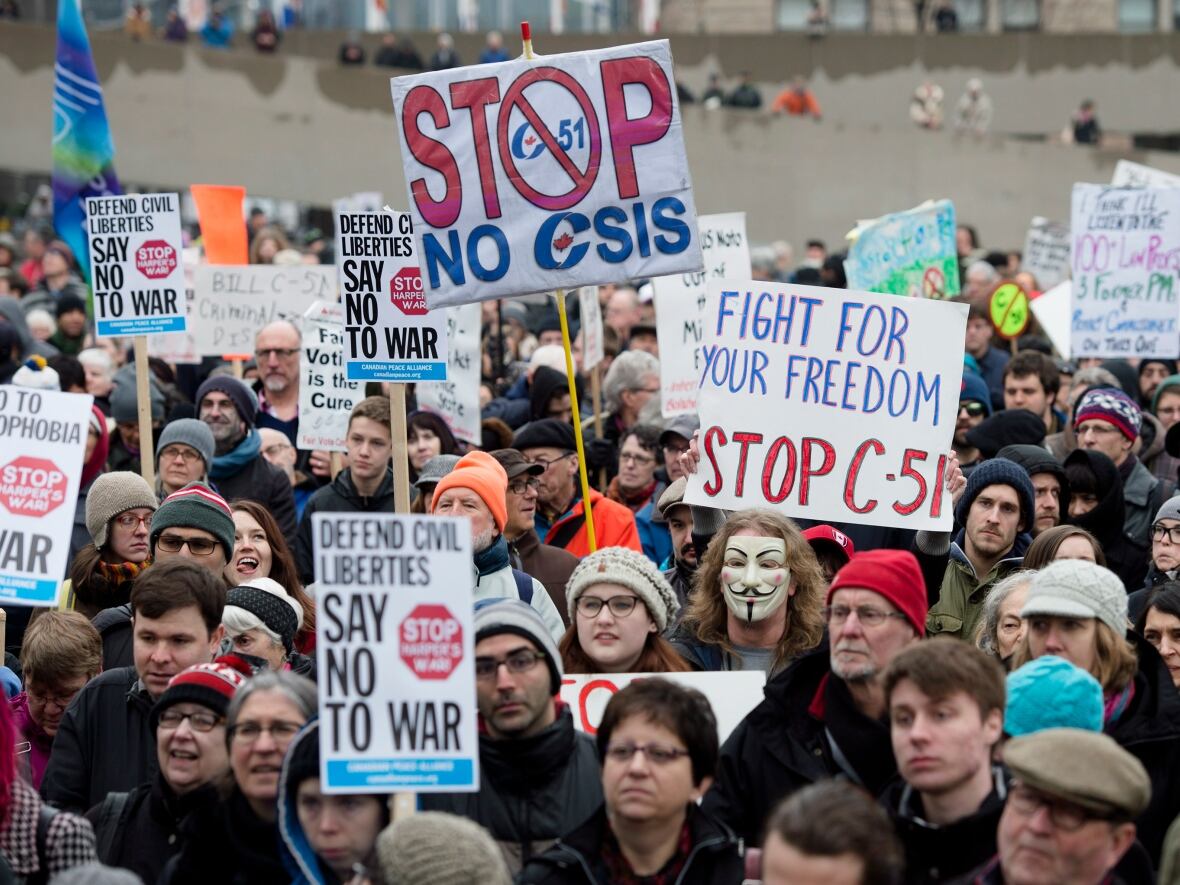 Today marks the 21st anniversary of the horrific attacks on Sept. 11, 2001. The deaths of more than 3,000 people will always mark our collective consciousness.

It also marks the launch of the lethal, global War on Terror. More than two decades later, its brutal legacy continues on, undermining human rights and civil liberties and causing death and destruction.

According to the Cost of War project at Brown university, more than 929,000 people have died because of this never-ending war, and millions more have seen their lives uprooted and livelihoods destroyed.

The legacy of the War on Terror also lives on in the continued crises in Afghanistan, Syria, Iraq and Libya, amongst others. The boogeyman of “terrorism” has also granted governments license to crack down on political, religious and ethnic groups around the world. India justifies its brutal assault on Kashmir and Muslims in the country under the guise of fighting terrorism. China claims the same as it undertakes genocide against Uyghurs in Xinjiang. While the history dates back much longer, Israel’s apartheid policies against Palestinians gain credence under the guise of fighting “terrorism.” In Nigeria, human rights groups see their licenses revoked and funding blocked because they supposedly pose a “national security threat.” Turkey is dropping bombs on Kurdistan in Iraq and Syria, saying it is fighting terrorism where in fact it is continuing its campaign of repression against the Kurds and other minorities. The list can go on and on.

Canada has often been viewed as being on the sidelines throughout the worst of the War on Terror because of our decision not to attack Iraq. Even that is misleading, though, as former US ambassador to Canada Paul Cellucci remarked: “Ironically, the Canadians indirectly provide more support for us in Iraq than most of those 46 countries that are fully supporting us.” More directly, perhaps, Canada’s legacy in the war on and occupation of Afghanistan can be traced directly to the humanitarian disaster hitting the country today. This ranges from Canada’s central role in the original invasion and bombardment, in the torture of Afghan prisoners, in its withdrawal without a plan for after the country was torn apart by years of war, and its ongoing role in blocking aid to Afghanistan. Currently, millions of dollars’ worth of humanitarian assistance to Afghanistan from Canadian humanitarian organizations cannot be sent because of Canada’s overly broad anti-terrorism laws, hastily adopted in the weeks following 9/11.

The legacy plays out in Canada in other ways too:

Some will argue that these excesses are minor, compared to the benefits of preventing terrorism. Although violence is undoubtedly a societal issue that needs addressing, and anti-terrorism actions have prevented certain acts of violence, the better question is whether the focus on the right against terrorism has actually made us any safer overall? Just as the broader society has begun – ever so slightly – to listen to the long-time assertions from Indigenous, Black, racialized and 2SLGBTQIA+ communities that police do not provide the kind of “security” that actually makes our lives safer, the legacy of the War on Terror shows that we need to turn that lens on intelligence and national security agencies as well.

We need to think of other ways, creative ways, that we can envision promoting human safety as opposed to national security, including building structures that empower people to make decisions affecting their lives, and allow everyone to develop their full potential, in a safe and healthy environment. We need to end the legacy of the War on Terror, once and for all. The ICLMG will continue our work towards that goal – join us!