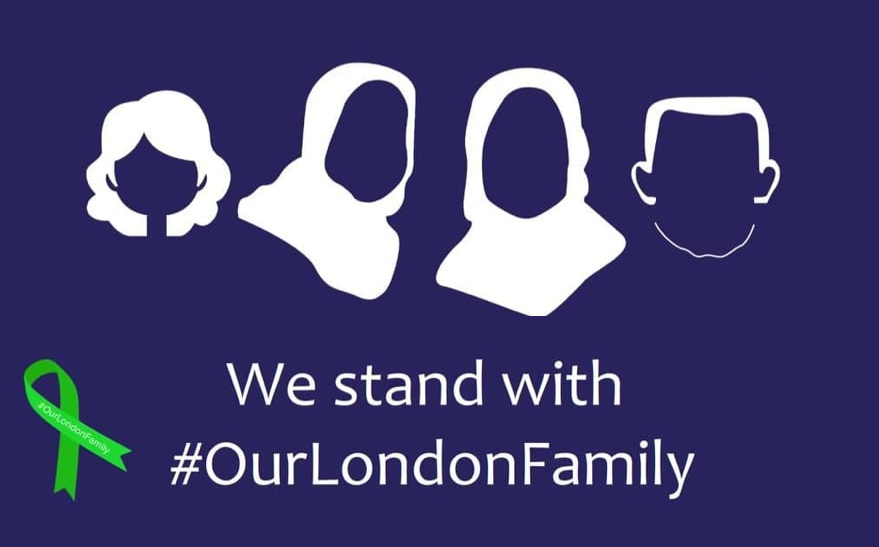 June 8, 2021, OTTAWA—The International Civil Liberties Monitoring Group (ICLMG) is expressing its deep condolences to the Afzaal and Salman families, their surviving child, the Muslim community in London, ON, and the broader Muslim community across Canada. “The heinous, hate-based and shocking attack on Sunday night shakes us to the core and is a reminder of how much we must continue to do to fight Islamophobia and white supremacy in Canada,” said ICLMG national coordinator Tim McSorley.

That this comes after the hate-based murder of six Muslim men at the Quebec City Mosque in 2017, the murder of Mohamed-Aslim Zafis in front of the IMO mosque in Toronto in 2020, as well as the horrendous discovery of the graves of 215 Indigenous children outside of a former residential school in Kamloops, BC, the sentencing of the killer of Barbara Kentner yesterday, the wave of anti-Asian hate throughout the pandemic, and ongoing acts of anti-Semitism, makes it clear this is not an isolated hate-based incident nor something that “is not Canada.” White supremacist violence is a threat that must be urgently addressed.

In ICLMG’s work on the impacts of anti-terrorism laws and policies, from the War on Terror (including in Iraq and Afghanistan) to security certificates, to profiling at the border, to surveillance in the community and on campuses, we see on an almost daily basis how systemic racism serves to continue the targeting of Muslim Canadians. This has led to a tunnel vision that has long ignored the threat that violent white supremacists pose to our society. We also see how this problematic approach helps feed the fear, hatred, xenophobia and Islamophobia that lead to attacks like we have seen in London.

While the federal government has pledged to act to address white supremacist and hate-based violence, action has been slow to come. Outside of government, other major political parties have opposed action on systemic racism and the recognition that Islamophobia is a real and urgent threat. We support the call from the National Council of Canadian Muslims, a long-standing member of our coalition, for a National Action Summit on Islamophobia.

We also encourage people across Canada to show their support of the Muslim community and their opposition to hate and Islamophobia by attending the many outdoor vigils being organized across the country (all while respecting the appropriate public health measures like masking and social distancing). Individuals can also support the surviving child orphaned in this attack by donating here: https://www.launchgood.com/campaign/london_community_united_against_hate.