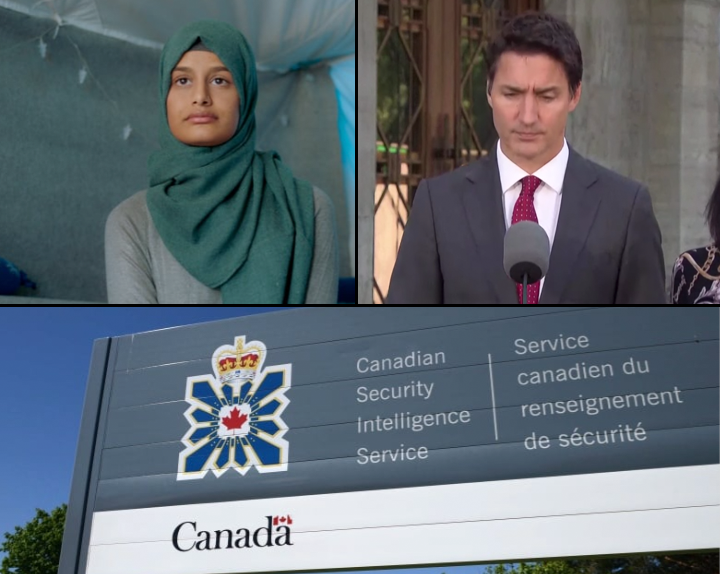 The new revelations about how the human trafficker who helped Shamima Begum, a 15-year-old British girl, and two other British girls aged 15 and 16, enter into Daesh (ISIS) controlled territory in Syria in 2015 was a Canadian Security Intelligence Service (CSIS) asset is deeply disturbing — if not surprising — given previous reporting and CSIS’ record. We deserve clear answers and accountability from the Canadian government and its intelligence agencies on how this occurred, and what will prevent it from happening again.

In contrast, Prime Minister Trudeau decided to strongly defend national security agencies on Wednesday, saying, “The fight against terrorism requires our intelligence services to continue to be flexible and to be creative in their approaches. But every step of the way, they are bound by strict rules by principles and values that Canadians hold dear, including around the Charter of Rights and Freedoms, and we expect that those rules be followed.”

However, it isn’t at all clear that, at the time in 2015, CSIS was in fact adhering to the Charter of Rights and Freedoms in this instance. While Trudeau pledged to “look into” this issue further, it requires more direct action.

Members of the House of Commons Standing Committee on Public Safety (SECU) should call a special session to demand answers of CSIS officials and the Minister of Public Safety. Review bodies such as the National Security and Intelligence Committee of Parliamentarians and the National Security and Intelligence Review Agency should consider undertaking their own reviews.

But beyond all this, it is imperative that we have a public conversation — with answers and accountability — about the consistent failures of CSIS to follow the law and to be honest with the courts, and for the impact that Canada’s anti-terrorism activities have on human rights, civil liberties and systemic discrimination in Canada and internationally. A public inquiry into these issues is needed to provide these answers, and to chart a new direction for Canada’s efforts to protect the safety of Canadians.

This may seem to be a drastic response, but it is necessary because of how deep this issue runs.

The initial concern is with CSIS recruiting a human smuggler, Mohammed al-Rashed, who is said to have appealed for asylum at Canada’s embassy in Jordan. Instead, he was approached by a CSIS official, who recruited him to continue his illegal activities in exchange for citizenship. By some accounts, al-Rashed helped bring dozens of people into Daesh territory, both before and after he became a Canadian double agent. It was during this time that he helped smuggle Begum and her travel companions into Syria. All this was also while Canada was providing military support for the fight against Daesh and prosecuting Canadians for traveling to Daesh territory. This alone should prompt investigations by Canada’s national security review bodies, and for CSIS officials to answer questions publicly in front of parliamentary committees.

It is all the more outrageous, though, given Canada’s refusal to repatriate the more than 40 Canadians, including two dozen children, who remain held indefinitely in North Eastern Syria, with no prospect of trial or release. They are stuck in life-threatening conditions, some raising serious allegations of torture. To know that Canadian intelligence agencies were complicit in smuggling people into Syria, and now play a role in Canadians being detained there indefinitely is absolutely shameful.

Then there is the question of CSIS and the courts. The spy agency has faced the fury of Canadian judges for failing in what is known as their “duty of candour” to the courts – that is, their duty to provide truthful and complete information to the courts about their activities when they are seeking out new warrants, especially if they engage in unlawful activities to gather info in support of those warrants.

For years, the courts have lambasted CSIS for failing to be up front with them, leading to a scathing decision in 2020 and a devastating report from the National Security and Intelligence Review Agency this summer. How are these linked? One of the central issues was that CSIS had been working with sources who engaged in illegal activity, and CSIS happened to withhold that important bit of information from the courts. According to reporting from
Justin Ling, a central case of withheld information was in regards to CSIS working with al-Rashed.

At the time in 2015, CSIS did not have clear legal authority to recruit and provide resources to someone engaged in supporting terrorism. That changed, though, with the passage of Bill C-59 in 2019, which brought in rules that allow for CSIS agents and their sources to engage in certain designated unlawful activities. We at the International Civil Liberties Monitoring Group opposed that change at the time, because it raised deep concerns around what unlawful activities CSIS could be supporting, and do not believe that the safeguards the government put in place go far enough to make up for the potential harm these powers can cause.

Regardless of it now being made legal, CSIS still lied to the courts at the time to cover up working with a human smuggler who helped secure passage for dozens of people, including minors, into Daesh territory. We don’t know how many of those people were intent on joining Daesh, were coerced or forced into going, or a combination of the two, or had other reasons. What we do know is that CSIS knew of these operations, supported these operations, lied to the courts about it, and when it was raised multiple times over the years, CSIS was allowed to walk away unscathed.

Some will argue that CSIS will need to work with the “bad guys” at time in order to collect information, and that doing so in secret is the only way to protect human sources. This can at times be true, but does that mean that anything goes and that no limits or boundaries should be placed? If when Bill C-59 was being studied, Members of Parliament were told that the new law could allow CSIS to promise citizenship in exchange for information to a human smuggler trafficking minors, they may have reacted differently.

It’s also important to remember these allegations aren’t new. CBC and the Globe and Mail, among others, had stories in 2015. But it sheds new light on the problem, and reminds us that for years government officials have known of this issue, but have not acted.

This can’t be allowed to persist. CSIS must answer for these activities, and action needs to be taken to ensure this doesn’t continue to occur. Like so much of the legacy of the war on terror, this is a case of impunity for security agencies, while other people face the dire consequences.