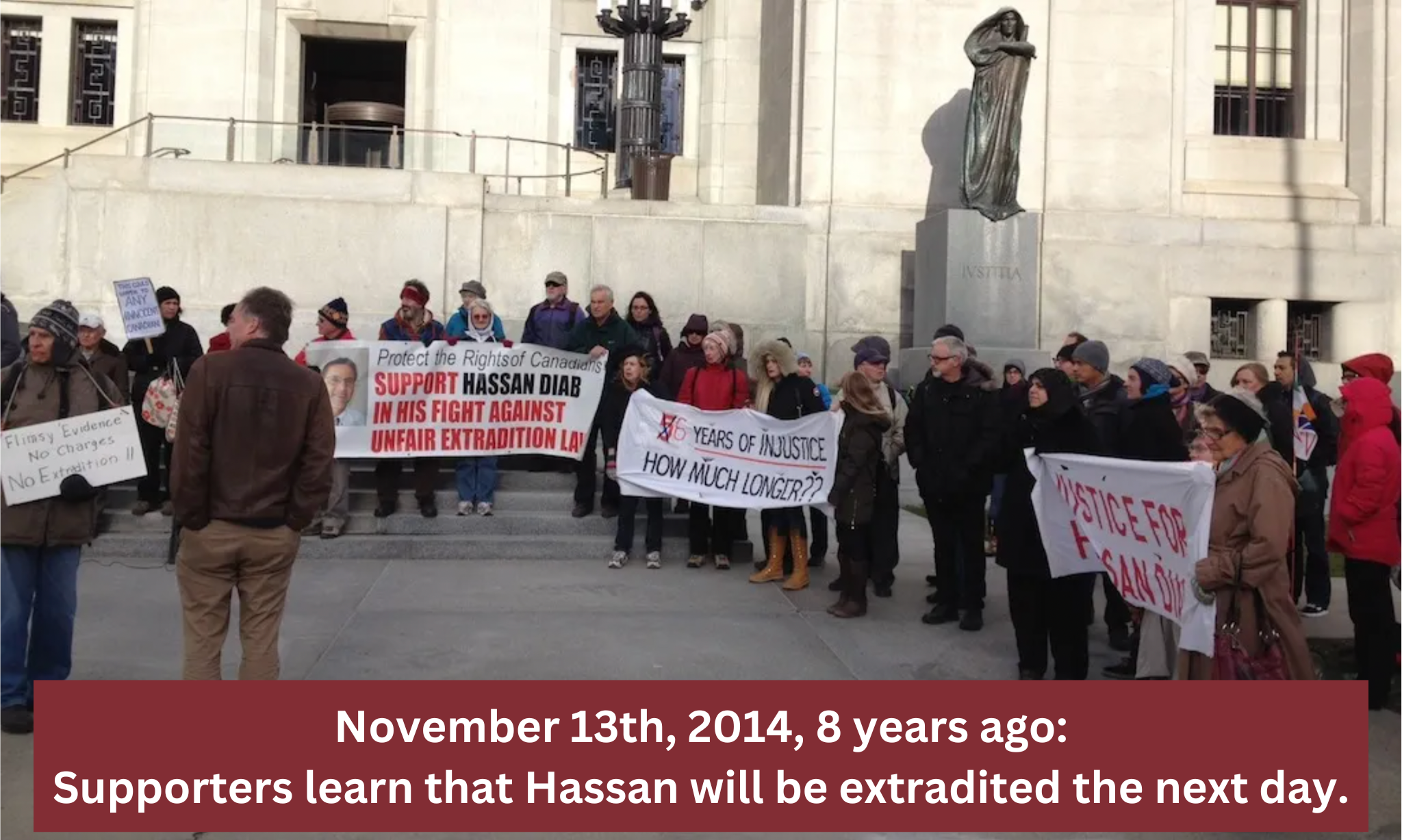 In April 2023, Hassan will face an unfair trial in France for a crime he did not commit. This is despite overwhelming evidence of his innocence. In 2018, two French investigating judges dismissed all charges against him and freed him unconditionally. All the so-called “evidence” that was presented by France to justify Hassan Diab’s extradition in 2014 has been withdrawn, discredited, or rejected. France has offered NO new “evidence” against Hassan. On the contrary, the alibi evidence that Hassan was not in France at the time of the 1980 Paris bombing has proven unshakable.

PM Trudeau must honour the words he uttered in 2018: “I think, for Hassan Diab, we have to recognize first of all that what happened to him never should have happened.”

The Canadian Government must protect Hassan and commit to refusing any future extradition request from France. Check out the recent rally and press conference in support of Hassan Diab below, and take action to ensure that there will be no further miscarriage of justice: 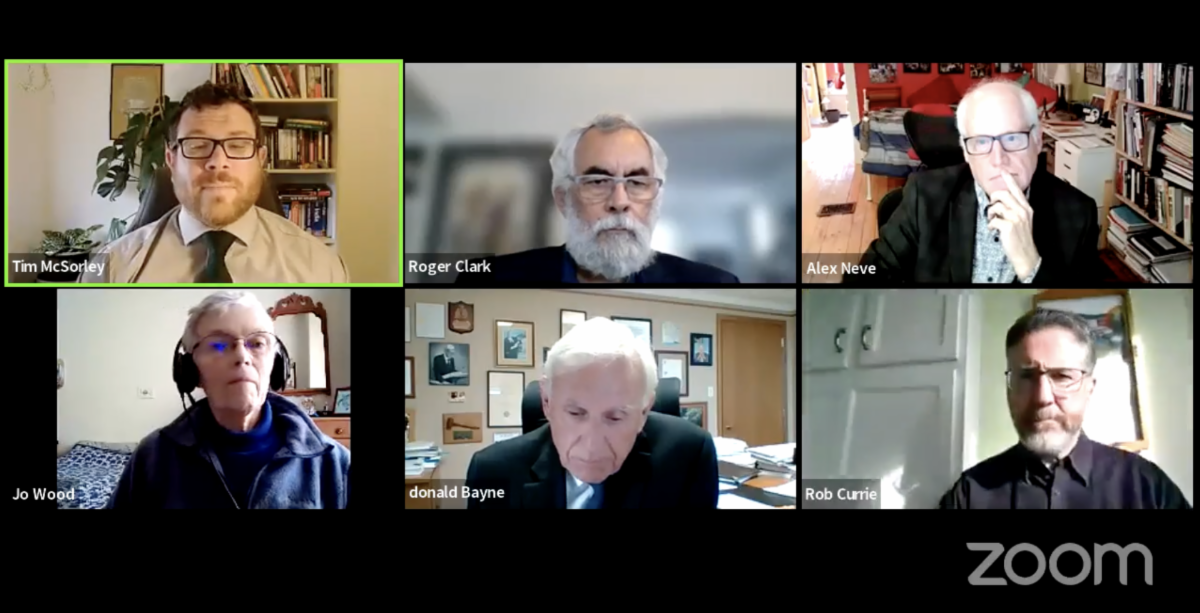 For more information on the case of Hassan Diab, read our webcomic, watch our animated version of the comic, or visit justiceforhassandiab.org.