Facial recognition surveillance is invasive and inaccurate. This unregulated technology poses a threat to the fundamental rights of people across Canada.

Federal intelligence agencies refuse to disclose whether they use facial recognition technology. The RCMP has admitted (after lying about it) to using facial recognition for 18 years without regulation, let alone a public debate regarding whether it should have been allowed in the first place.

Across Canada, only two governments – the cities of Montreal and Vancouver – have debated and put in place any form of regulation or moratorium on the use of facial recognition by law enforcement.

Want more info? Watch our video on the problems with facial recognition:

Sources in the video

END_OF_DOCUMENT_TOKEN_TO_BE_REPLACED 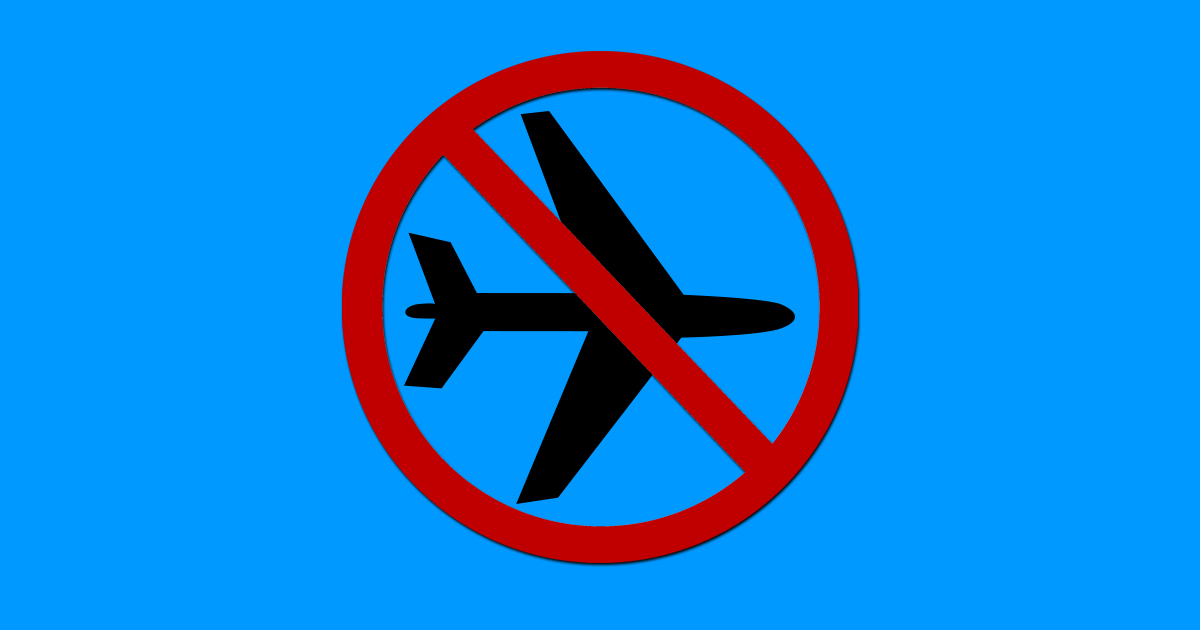 Nov. 5, 2020 — This week, the Canadian government announced that the final provisions of the so-called “Secure Air Travel Regulations” have come into force. These new regulations modify Canada’s No Fly List regime and will have an important impact on protecting the rights of up to 100,000 travellers, including Canadian citizens, who have suffered through more than a decade of being delayed, questioned, religiously and racially profiled and placed under suspicion when traveling by air, all because they were falsely flagged by a faulty system.

This has been a long, hard-fought battle led in large part by the No Fly List Kids campaign, founded by a group of parents whose children have been wrongly identified at airports as potential terrorist threats.

Unfortunately, these regulations do not address the central, foundational problems that plague Canada’s No Fly List system and will continue to result in the undermining of individuals’ rights as they travel.

Canada’s No Fly List is composed of individuals whom the Public Safety Minister “has reasonable grounds to suspect” are either a threat to air travel safety, or are traveling to engage in a terrorist activity. This decision is based on information provided by various agencies, including the RCMP, CBSA, CSIS and others. We have no idea what kind of information is being used, though, since all decisions are made in secret. This allows for the use of unsourced intelligence, coming from suspect origins and never tested for accuracy.

Making matters worse is that this list is also shared with other countries and foreign agencies, which then use this information in their own anti-terrorism and security operations. Once this information is out there, it is nearly impossible to correct it, let alone call it back.

We also don’t know who or how many people are on Canada’s No Fly List, since the list itself is completely secret. The only hint ever given was in 2007, when then-transport minister Lawrence Cannon stated that there could be around 2,000 people on the list, but that has never been confirmed. The latest information available on the United States No Fly List revealed it contained 47,000 names in 2013.

What does this mean for people who are listed? It means they have no idea that they are on this list, and have no opportunity to challenge their being placed on the list until they are about to board a plane. Imagine being suspected of illegal activity or “posing a danger”, being placed on a list that would mean you could never fly out of Canada and not knowing that you have been placed on this list, let alone granted the opportunity to challenge it from the get go?

That’s the situation for all the individuals placed on Canada’s No Fly List. They are only informed that they are listed if they are stopped from boarding a plane either departing or bound for a Canadian airport.

This is a serious subversion of due process, which successive governments have kept on the books.

It also means that you are essentially barred from foreign travel, unless you travel to the United Stated by ground – but that might also be impossible since if you are restricted from travelling in Canada, that information has already likely been shared with the US, or came from there in the first place.

Even if you get to the point of knowing you are on the No Fly List and mount a challenge, you will continue to face enormous obstacles:

These are nearly insurmountable hurdles. And remember: you have not actually been charged with a crime or found guilty in court.

Even taken separately, each of these issues has a profound impact on our fundamental rights that we would expect the government to promote:

Now as many have argued regarding other national security laws, you might say that this deprivation of rights is necessary in order to maintain effective air travel security for all other travellers. But this is the final unknown: Canada’s No Fly List has never been publicly or independently reviewed for effectiveness, necessity or its impact on travellers’ rights.

The justification for such a list remains based on post-9/11 arguments that we needed to pull out all the stops – including fundamental rights – in order to protect the security of air travel. But Canada’s No Fly List has never been subject to the deep scrutiny that should be expected of such a program. It is just accepted as a given.

While we would still argue that the deep flaws and impacts on rights caused by no fly lists could not be justified on the grounds of “effectiveness,” it is one more way we see secrecy in the name of national security allowing for troubling programs to remain and grow.

Those who have fought these past years for these new regulations have done a service to all travellers in Canada. They have put countless hours of work into this achievement. They have borne the brunt of suspicion, insults and fear of traveling, so they can engage in a simple act that many of us take for granted.

But they should never have had to go through this in the first place. The Canadian government had a solution from the beginning, and they still do: abolish the No Fly List. If someone is a threat to airline travel or to those in the region they are traveling to, charge them under the criminal code and take them to court where they can defend themselves, in public.

It’s time to be done with secret security lists once and for all.

Click below to help us continue to fight against the No-Fly List and to protect our human rights. Thank you! 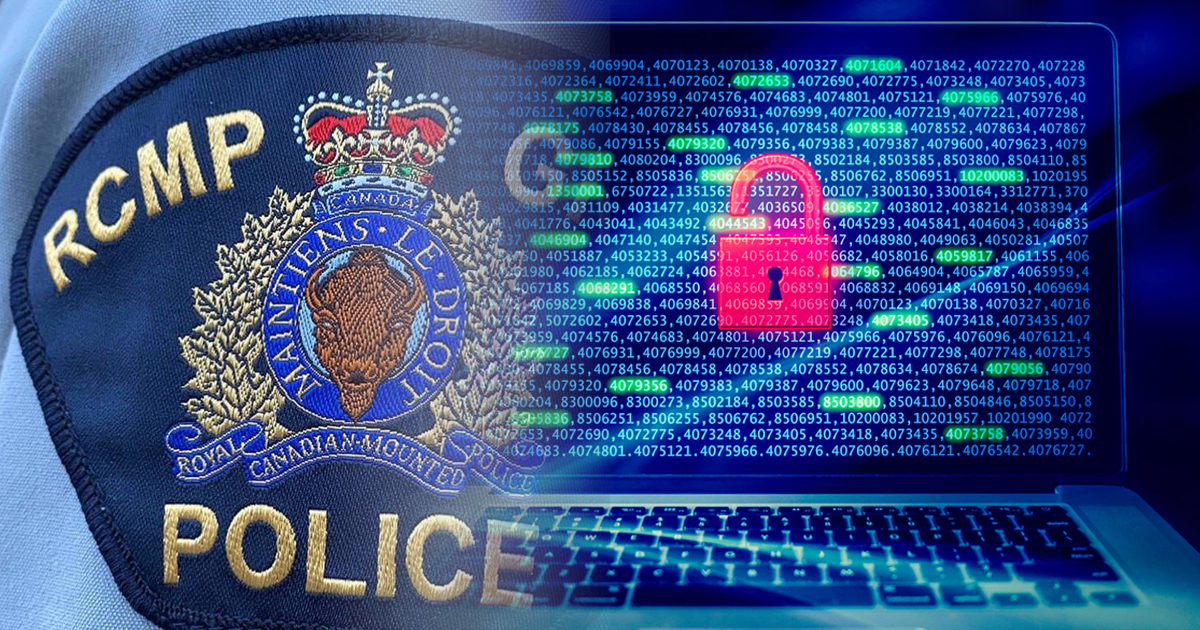 Sept. 28, 2020 — The International Civil Liberties Monitoring Group (ICLMG) is deeply concerned by the latest revelations of the RCMP contracting firms to engage in widespread online surveillance and so-called “proactive” identification of threats.

On Sept. 23, the Tyee revealed that the RCMP has awarded a new contract to Babel Street, a US-based company that uses algorithms to track, analyze and translate online communications. It is used extensively by law enforcement agencies in the United States. The RCMP has said in the past that it uses such software to move from “reactive” policing to the controversial practice of “proactive” policing: identifying potential threats before they occur by surveilling and collecting information on individuals who are not suspected of having engaged in criminal activity.

“It is completely unacceptable that the RCMP is moving forward with what can only be described as online mass surveillance,” said Tim McSorley, National Coordinator of the ICLMG. “We are calling on the RCMP to immediately halt the use of Babel Street and other surveillance software used in an attempt to predict crime, and to release the audit of its online surveillance program the force committed to months ago, but never made public. We also believe that the Office of the Privacy Commissioner of Canada should open an investigation into the RCMP’s online activities.” Mass surveillance can never be justified, added McSorley, regardless of what may be included in the RCMP’s report.

“We are calling on the RCMP to immediately halt the use of Babel Street and other surveillance software used in an attempt to predict crime, and to release the audit of its online surveillance program the force committed to months ago, but never made public.”

This latest revelation is one in a long line of reports from the Tyee, the Canadian Press, the CBC and others documenting the RCMP’s use of online media monitoring tools to spy on internet users. In one case, it was revealed that the RCMP collected information online to create detailed profiles of anti-mining activists, despite their never being suspected of planning, let alone committing, a crime.

In 2019, the Tyee also revealed the existence of Project Wide Awake, an RCMP initiative to monitor online communications, including on a wide range of social media sites, in order to engage in “proactive” policing to “help detect and prevent a crime before it occurs.” Based on the RCMP’s invitation for bids that led to the Babel Street contract, it would appear that this new tool is meant to compliment and expand on the Social Studio software they were already using.

Following the outcry caused by the Tyee’s report in 2019, the RCMP announced it would undertake an audit of its online surveillance practices, and release details publicly. While the force stated the review would be completed by summer 2020, it was never shared publicly. In other reports, the RCMP also committed to a privacy impact assessment (PIA) of its online surveillance – which is supposed to be completed before new activities come into effect – that would be filed with the Office of the Privacy Commissioner (OPC) and a summary made public online. No such summary is on the RCMP website, and it is unclear whether the PIA has been submitted to the OPC

“The RCMP claims its surveillances activities respect the law, and promises transparency, but then continues to shroud its work in secret,” said McSorley. “The force must come clean about how and why it is spying on people in Canada so we can take appropriate steps to protect our rights.”

According to the RCMP, it intends to use this new software to broaden its monitoring of online communications, ranging from group buying sites like Groupon to online collaboration sites like Wikipedia, location-based sites like Foursquare and social bookmarking sites like Digg, on top of social media sites like Facebook and Twitter. It is also looking to use the tool to analyze text within images, to analyze sentiment of online messages, and to be able to analyze the information collected based on location.

This extensive surveillance and collection of individuals’ online activities raises troubling questions about the impact on fundamental rights enshrined in the Canadian Charter of Rights and Freedoms.

In their recent report, To Surveil and Predict, researchers Kate Robertson, Cynthia Khoo, and Yolanda Song at the University of Toronto’s CitizenLab documented extensively how algorithmic policing and mass surveillance can violate and undermine the rights of individuals and entire communities. These tactics result in increases in policing of already over-policed populations, particularly BIPOC communities, further entrenching systemic racism. Moreover, predictive policing and mass surveillance undermine the right to privacy; freedoms of expression, association; freedom from discrimination and the right to equality, to due process; and freedom from arbitrary detention.

For several years, the ICLMG coalition has raised concerns about the growth and impact of mass surveillance in Canada, particularly under the premise of combating terrorism and other public safety threats.

“In our coalition’s work, we have seen the negative impacts stemming from state surveillance of Muslims and Arabs in Canada, and of Indigenous people. But this clearly goes further, with implications for racialized and marginalized communities across the country,” said McSorley. “Once again, if the RCMP and the Canadian government are serious about addressing systemic racism and protecting civil liberties, they would act immediately to halt this over-reaching surveillance program, and commit to ending mass surveillance.”